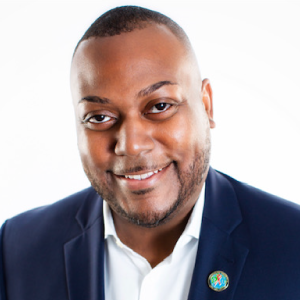 Angus L. Bradshaw, Executive Director of Miracle of Love, Inc in Orlando, is a
thriving nonprofit leader serving Central Florida. A native of Central Florida, Mr.
Bradshaw graduated with a bachelor’s degree in Business Administration from
Florida Agriculture &amp; Mechanical University (FAMU). He began his love for
community-oriented care after surviving childhood cancer himself. This experience
led Mr. Bradshaw to involve himself in his community through routine
volunteerism and philanthropy at the young age of 14.

Mr. Bradshaw has been supporting the mission of Miracle of Love, Inc. (MOL) an
HIV/AIDS service organization in Orlando, FL since 2003. Angus became the
Executive Director for Miracle of Love, Inc. in 2016 after working at MOL for 13
years. He has worked his way through the ranks. At MOL he is known for his
constant smile and fun-loving, compassionate, and supportive leadership. He is a
revered leader in the organization and the community who is equally known for his
fierce focus on making the mission. He believes it is integral to carry out the
mission with each employee and each client’s self-respect, dignity, and morale
intact. This is a virtue that has spread throughout the organization’s culture. Mr.
Bradshaw is aware that passion is not always enough, and he continually places
himself in the position of a student; learning and applying those lessons to improve
services and outcomes for those under his leadership. For this, he is valued by each
of his team members and is seen as a community champion with upstanding
repute. This has also given him expertise in many other areas, including social
services, housing, and fundraising.

Since becoming the Executive Director, Mr. Bradshaw has grown the operating
budget of the organization by nearly 50% (to $3M) and has increased the
workforce by more than 40%. He has grown and added numerous programs and
services including evidence-based behavioral programming targeting the LGBTQ+
community and numerous housing services to support those living with or affected
by HIV. Angus serves on multiple municipal committees in the Orlando
Metropolitan area. These include Vice-Chair of the Membership Committee for
Ryan White Part A – Orlando EMA Health Services Planning Council; Executive
Committee Member for the Housing Opportunity for People with AIDS Advisory
Committee; an Executive Planning Committee Member of SMART Ride, the
second largest AIDS charity bicycle rides in the U.S. He is the recipient of a Health
Equity Hero Award, was recognized as a Man of the Year in 2019, and was
recognized by the Florida House of Representatives as a Distinguished Leader in
Central Florida for Pride Month in 2020.