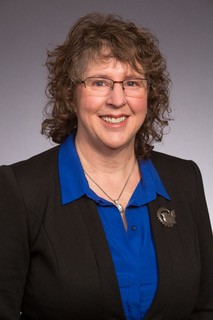 Michelle Ott served on the Equality Florida (EF) Board from 2010 to 2016, including as Board Chair and Secretary. She has served on the EF Greater Gainesville Steering and Host Committees since their inception in 2009, as well as having served as Steering Committee Chair. As spokesperson for Equality is Gainesville’s Business in 2009, she helped defeat a charter amendment that would have removed rights and protections based on sexual orientation and gender identity. For her commitment to full equality of the LGBT community, Michelle was named the 2008 Pride Community Center of North Central Florida Community Person of the Year and received a 2009 Equality Florida Voice for Equality Award.

Michelle’s community service goes back decades, having been President of the North Central Florida Chapter of the Alzheimer’s Association, President of Congregation P’nai Or, President of the Royal Gardens Homeowners Association, treasurer of Eastside Soccer Boosters, and campaign treasurer for a City Commission candidate. She also served as a Precinct Chair for the Alachua County Democratic Executive Committee, including serving as Recording Secretary, as well as served on the Gainesville Human Rights and Alachua County Stonewall Democrats Boards.

Additionally, for the past 17 years and counting Michelle has taken great joy in performing with the band Other Voices.