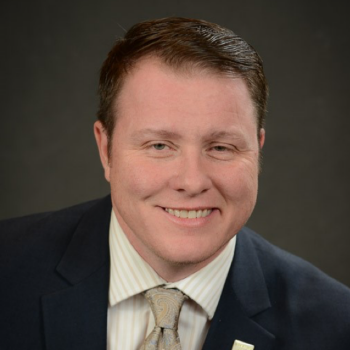 Nathan Bruemmer is the former Executive Director of ALSO Youth in Sarasota, FL – a community center focusing on outreach, education, and advocacy for LGBTQIA youth. He is a recent graduate of Stetson University College of Law where he was a member of Stetson Law’s Trial Team, Dispute Resolution Board, and Journal of Advocacy and the Law. He is a Florida native, a graduate of University of South Florida and a former teacher in Hillsborough County. He has worked as a consultant, educator and advocate on issues impacting the homeless and the LGBT community for over twenty years.

In June 2017, the Tampa Bay Business Journal presented Mr. Bruemmer with the “Outstanding Voice Award” for his advocacy work on behalf of the LGBT community. In 2016, the Sixth Judicial Circuit of Florida awarded him an Honorable Mention Pro Bono award, his classmates chose him as the “Leader of the Year,” and he was selected as the Andrew S. Cray Law Fellow with the National Center for Transgender Equality in Washington, DC. In 2015, he received the Rising Star Award to acknowledge his leadership and contribution to his law school community.

Mr. Bruemmer is an invited presenter at local, state and national conferences, is available to consult and conduct trainings, enjoys speaking on issues of diversity and inclusion, and has been interviewed by several media outlets, including the Tampa Bay Times, NBC 8 Tampa, ABC 28 Tampa, CBS 10 Tampa, and ABC 7 Sarasota. 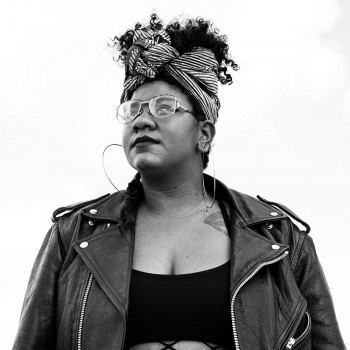 A bleeding heart, rainbow fueled, passionate nightingale has taken a form that is Graciela. They have been a core organizer for Girls Rock Camp of Jacksonville for over seven years, it is an organization that cultivates self-empowerment and positive identity development in girls and trans-youth. They believe in personal freedom, sex positive education for all and uplifting marginalized communities. Their day time job is a Program Coordinator at JASMYN a LGBTQI Youth center in Jacksonville , Florida. Also in their free time they serve as a Board of Director for GSA Network. They also birthed a new type of inclusive dance party that centers Queer and Trans people of color called “ Duval Folx” 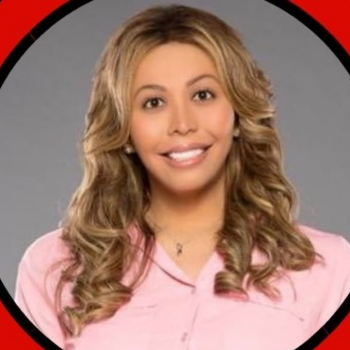 Ashley Figueroa is a leader in social services and a proud and open Trans Latina American Woman. She works with several community organizations to make a positive impact in Orlando, including the TransAction Florida Advisory Council (member), the Orange County History Center (Board Member), and the National Network Latin Plus (Member). Among her chosen advocacy roles, Ashley leads the BLISS TransFormation Program, which focuses on the empowerment and leadership of Central Florida trans-identified community members. She is also a member of the Orlando Trans Collective and the Latinx Group, Del Ambiente. 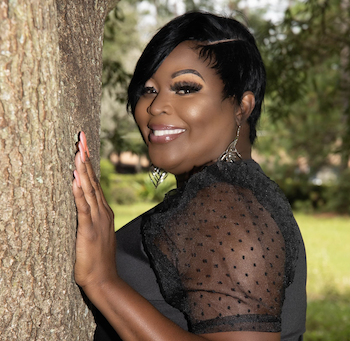 I am an origin of Gainesville Florida however I lived my young adult life in Atlanta Ga. I transitioned in 1996 and blossomed in Atlanta and then returned home in 2013. I noticed a huge disconnect and when I couldn’t find a trans group in my area? I decided to create one of my own. In November of 2018 Unspoken Treasure Society Inc, was born. It started out with a bang of 30 members and now it’s grown to have 3 chapters. Alachua, Duval counties in Florida and Fulton and surrounding counties in Georgia. We provide HIV Testing, Counseling and educate our youth on preventative measures. We provide resources as needed in each area. 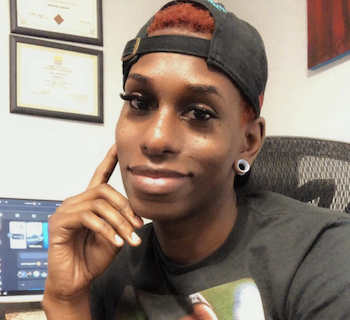 Angel Nelson is an alumnus of the University of Central Florida. Ze (preferred non-binary pronoun) is currently employed by Miracle of Love Inc., a non-profit centering around sexual health & wellness, at their LGBTQ drop in space known as the Stafford House. Some of their professional grassroots affiliations include The Bros in Convo Initiative, Divas & Dialogue, One Orlando Alliance, Flower BoiBlooms, Contigo Fund All Black Lives Fund and an eclectic mix of various humanitarian organizations. Their ambition to adequately serve all facets of the LGBTQ+IA community effectively in a variety of arenas is what stabilizes them within the field of advocacy within the Central Florida Reigon. 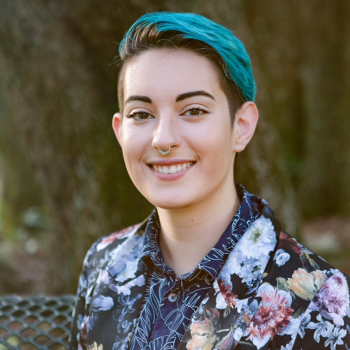 Prin Ocea is a queer genderqueer person from Tampa, Florida. They are passionate about creating community and resources for underserved LGBTQIA+ folx, promoting sustainability and environmentalism, mental health awareness, and youth empowerment. Prin earned their Bachelor’s degree in Women’s and Gender Studies at the University of South Florida (USF), where they spent their free time developing resources on campus for trans and nonbinary students. They founded the Trans+ Student Union in 2013, a student organization that is still thriving and creating community for trans and nonbinary students. Recognized for their passion for advocacy work on campus, they were hired by the Office of Multicultural Affairs as Student Assistant for LGBTQ+ initiatives so they could help create queer-specific programing and expand and facilitate USF’s “Safe Zone” training program. Looking back on their time at USF, Prin would say that their greatest achievement was developing a proposal and programming plan for Stonewall Suites, USF’s LGBTQ+ Living Learning Community in the residence halls, which launched Fall 2018. Prin also founded Outside the Binary, a peer support group, in 2016 and it has grown to three meetings a month with regularly occurring social events in both Tampa and St. Pete. Prin plans to continue courageously following their passions and being a resource and changemaker in their community. 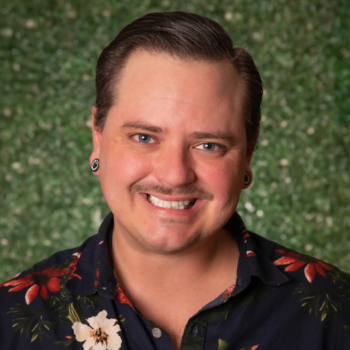 As a proud South Florida native and transgender man, Tobias Packer harnesses the transformative power of storytelling to change hearts and minds. He is a seasoned public relations professional who specializes in building digital programs to help make sense of complex issues and leverage grassroots power.

After receiving his BA from Smith College in 2005, Tobias returned home to South Florida. His career in advocacy began after an experience where he was denied employment because he was transgender. Shortly after he joined the staff of Equality Florida, where he became a leading voice for the civil rights of LGBTQ communities in Florida.

Since then, Tobias has played a key role in the passage dozens of local ordinances throughout Florida to protect the rights of the transgender community. From Volusia to Monroe Counties, he has served as a public spokesperson and has led coalition efforts to secure protections in employment, housing, and public accommodations for transgender and gender non-conforming people.

Tobias also served as a Regional Director for the Florida LGBTA Democratic Caucus (2009-2012), Vice President of the Alliance for LGBTQ Youth (2007-2010), Executive Board Member for Pridelines Youth Services (2008-2009), Executive Board Member for Reading Queer (2016-2018) and Secretary for LGBT Netroots Connect (2015-2018). Today, Tobias works as a Communications Coordinator for 1199SEIU United Healthcare Workers East. 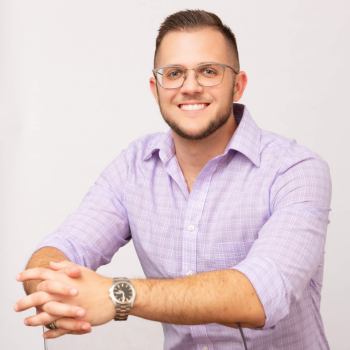 Lucas Wehle (he/him/his) is a trans man who has dedicated his life to social justice advocacy. While transitioning during his college career at USF, Lucas became passionate about helping others in the community through sharing his story, leading workshops, speaking in classes and mentoring other trans students. In 2015, Lucas began working at Metro Inclusive Health in his dream job as Trans & Youth Program Coordinator where he developed and facilitated support and outreach programs, specifically aimed to support gender diverse individuals. He also facilitates Diversity and Inclusivity Trainings to raise awareness of the LGBTQ+ community. In June of 2016, he was honored as the youngest Grand Marshal in the history of St. Pete Pride in recognition of the work he does in the community. In 2018 Lucas led the creation of METRO’s Trans Services Division, managing a department that focuses solely on the needs of the local trans community. 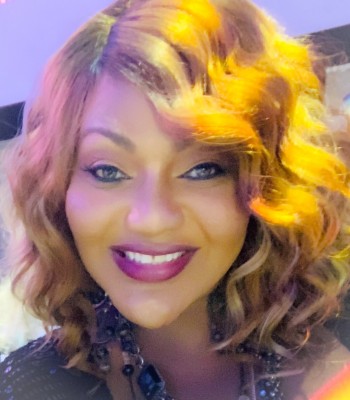 Tatiana was born and raised in Miami-Dade County (Liberty City). She has been an advocate for the LGBTQ community for 18+ years. Since Tatiana’s transition over 30 years ago she has established, maintained and developed positive relationships with community leaders, elected officials, and board of directors who promote legislation that supports the (T) LGBQ community. Tatiana is currently the Florida Department of Health Broward County (DOH) HIV Prevention Planning Council Community Co-Chair Transgender Advocacy Group.

Tatiana is also the Co-Founder and Executive Director of Transinclusive Group, Inc; the organization’s mission is to advocate and work with community stakeholders to promote, protect and defend equality for Transgender and LGBQ individuals; by building trust and relationships in efforts to end discrimination, stigma, and racial disparities in healthcare, employment, education, and housing.

In 2017, Tatiana was appointed as Vice Chair for Broward County Integrated Prevention and Care Plan 2017-2021, which includes the Statewide Coordinated Statement of Need for CDC and HRSA. This appointment entails working with all community stakeholders to implement programs and initiatives to engage underserved populations in HIV/AIDS care and prevention services, which includes monitoring and evaluation of Broward County’s Integrated HIV Prevention and Care Plan.

As chair of FLUX South Florida, which is an extension of AIDS Healthcare Foundation (AHF), her role entails raising the profile of Transgender individuals by leveraging social events, through innovative advocacy.

Tatiana is currently the chair for the AHF Community Advisory Board. In this role she works as a consultant with other community advisors and consultants to provide feedback and recommendations to AHF, in efforts to implement best practices when servicing and hiring Transgender individuals.

Since 2016, Tatiana has been the Testing and Community Mobilization Coordinator for the Pride Center at Equality Park, she oversees the Pride Center’s HIV Testing Department, which includes the day to day operations, monthly contract reporting to the Florida Health Department, Case Management for HIV positive clients, supervise staff, cultivate community relationships for community mobilization and currently the HIV 500/501 Evaluation Certification Supervisor.

Tatiana’s dedication, advocacy and proven track record demonstrate her ability to create and design an innovative platform for the Transgender community; in which was recognized by the Human Rights Campaign. Subsequently, she was appointed Community Engagement Co-Chair for the South Florida Steering Committee.

Blog entry: BLOG: I am the mom who you will see on the soccer field soon.

Blog entry: The City of Orlando Raises Transgender Pride Flag In Honor of The International Transgender Day of Visibility