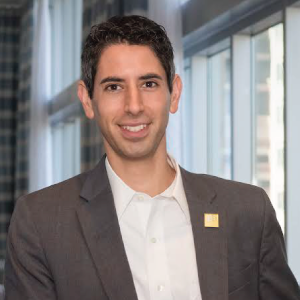 A Fort Lauderdale native, Jon Harris moved to Texas to attend Rice University. He later served as a legislative aide in the Texas House of Representatives and then worked on the Annise Parker for Mayor campaign in Houston, which successfully elected the first openly lesbian mayor of a major American city. While in law school at Florida State University, he worked as a policy intern for the Florida House of Representatives State Affairs Committee and served as Editor-in-Chief of the Law Review. He then spent more than five years in private practice at a boutique environmental and administrative law firm, honing his skills in legislative analysis, compliance counseling, and advocacy.

Outside of Equality Florida, Jon Harris devotes time to various professional organizations and recently participated in Leadership Florida – Connect Class VIII. He volunteers with Children’s Home Society and can be found playing volleyball with the Tallahassee Gay Athletic Association or watching Golden Girls reruns with his spouse Nate and their dog Pascal.