Florida’s current HIV-specific laws perpetuate stigma, work against common-sense public health policies, and encourage people to stay unaware of their HIV status. Consequently, many people remain untreated, allowing the HIV transmission rates to continue to grow. These outdated laws make HIV status a felony. People living with HIV (PLWH) can be found criminally liable for up to 30 years in prison if they do not disclose their HIV status to consensual partners before any type of sexual contact, even if transmission is impossible. The law disregards the level of risk of such contact and ignores all advances in treatment and prevention that are available to PLWH to prevent transmission of HIV to their sexual partners. PLWH who are in treatment become “undetectable,” which means there is no detectable virus in their body fluids and they will not transmit HIV to a negative sexual partner. For more than three decades these laws have been disproportionately used to unfairly target the LGBTQ community, racial minority groups, trans people, and women. We want to shift the current trends of transmission in Florida and tackle any barriers that prevent people from getting tested and into treatment. We are advocating for common-sense policies to modernize HIV-specific laws to reflect 21st-century medical advances and reduce HIV transmission.

Equality Florida’s HIV Advocacy Project consists of a statewide public education campaign to inform residents of the dangers and injustice of our state’s HIV-specific laws, emphasizing how these laws are a disincentive to people seeking testing and treatment, and they promote new transmissions and work against public health. We ensure that people living with HIV/AIDS inform this project, and that we consistently employ strategies aimed at modernizing HIV laws to finally put an end to the unjust legal treatment and stigmatization by the government.

As part of our Education Campaign we focus our outreach to communities of color, with a special emphasis on black and Latino communities. We promote awareness of modernizing HIV laws and the disproportionate impact of HIV criminal laws on people of color, especially black transgender women.

How Our HIV Advocacy Project Works:

For several years Equality Florida has been instrumental in the development and introduction of HIV Modernization bills in the Florida Legislature. In 2019, the HIV Prevention bills sponsored by Senator Jason Pizzo and Representative Nick Duran, both from Miami, successfully passed 4 different committees with bipartisan support. We will continue engaging and educating lawmakers. Once HIV-specific laws are updated, there will be even more education of stakeholders and the general public on modernization. As part of Lobby Days we coordinate the participation of community advocates and constituents living with HIV to the Capitol during legislative session (January or March) 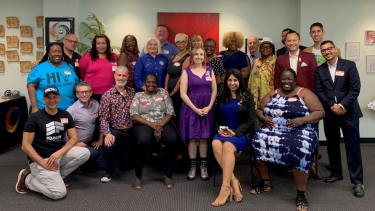 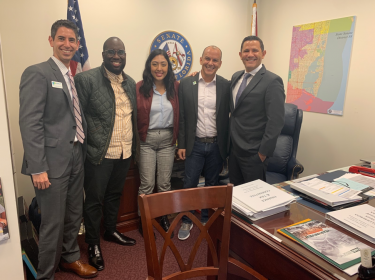 As part of our efforts to end HIV stigma, discrimination, and criminalization we tackle education on different ways. 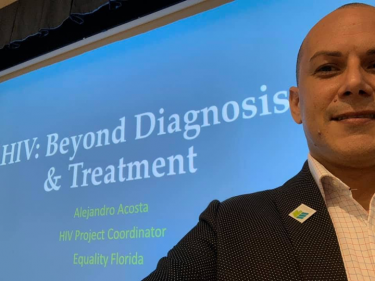 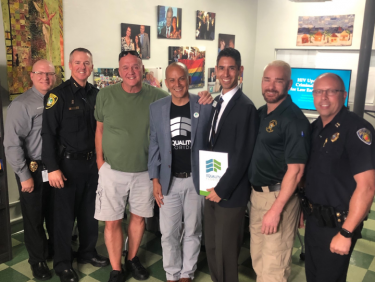 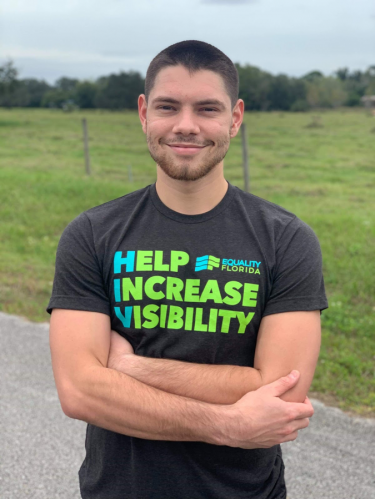 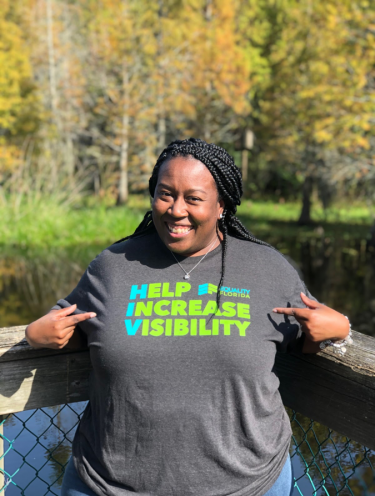 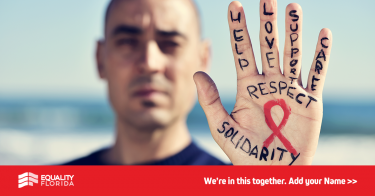 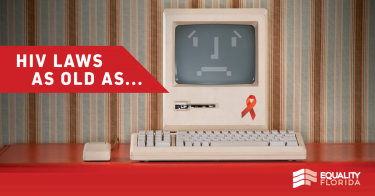 These laws disregard all advances made on HIV since 1986 when they were enacted.HIV criminalization laws discourage people from getting tested, seeking treatment, and disclosing their status. This diminishes shared responsibility between partners and overall threatens Public Health outcomes and feeds dangerous HIV stigma and misinformation creating an environment where transmissions thrive. Unlike any other disease, criminalization of HIV has resulted in unjust prosecutions and life-altering harsh punishments depending on where in the state of FL you reside and without proof of transmission or disclosure. Disclosure can lead to stigma, isolation, and even violence; confidential medical information can be used as a coercive and manipulative tool against people living with HIV. Organ donation by people of shared status is prohibited although it has been legal since 2013 at the federal level, Florida’s laws should align.

Equality Florida needs you! Make your voice be heard and join us in our efforts to modernize the current outdated and unfair HIV-specific laws in the State of Florida. Sign the pledge publicly supporting Equality of Florida modernization program.

If you or someone you know has been affected by Florida’s HIV-specific laws please tell us about it.

The fight against HIV is more promising than ever with medical advances and technology allowing people living with HIV to live long healthy lives as compared to the rest of the population. PLWH can safely have children, have loving sexual relationships, and their life expectancy has increased to almost the same as someone negative. Consequently, the law should reflect these advances and be revised. The following are some of those medical advances that should be considered by the law.